Ron Shatzmiller, MD, MS, is a co-owner and partner of Pasadena Neuropsychiatry Center. He is a member of the American Medical Association and the American Academy of Neurologists. Dr. Shatzmiller is triple boarded as a Diplomate of the American Board of Psychiatry and Neurology, Electrophysiology, and Sleep Medicine.

Dr. Shatzmiller was raised in Canada, Israel, and France. He attended McGill University in Montreal as an undergraduate and also received his Masters of Science in Neuroscience at McGill. He and Dr. Sepah both attended Tulane School of Medicine, where they met and married.

He completed his Internal Medicine Internship at the DeBakey VA Houston Medical Center, followed by a Neurology residency at LAC + USC (2006-2009). Dr. Shatzmiller was Chief Resident in his final year of residency. This was followed by a fellowship in electrophysiology (2009-2010) and special studies in sleep medicine.

Dr. Shatzmiller has published literature in the field of neuroscience and continues to teach residents and medical students at both USC Keck School of Medicine’s Department of Neurology and PIH Health, and he currently serves as the Chair of Neurology at PIH Health. He brings his expertise in integrating and implementing neuro-behavioral care models and building a full-access neuro-psychiatry clinic to Pasadena Neuropsychiatry, including the integration of TMS for psychiatric and neurological conditions. 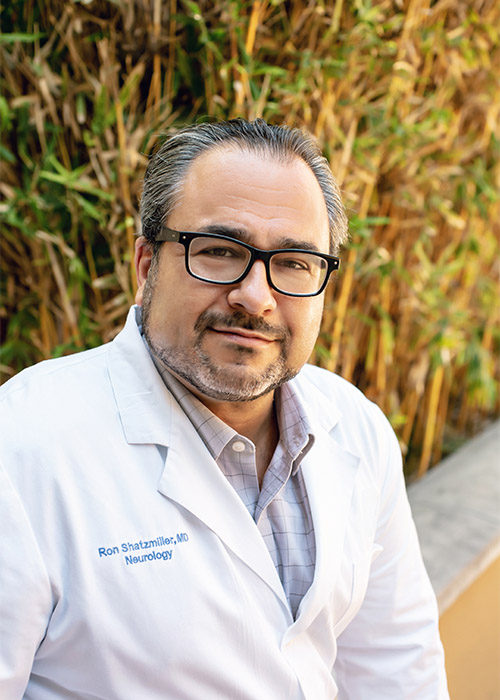