Who is who? Not every “Doctor” is a Physician. Patients Deserve Transparancy. By Torie Sepah, MD

Who is who? Not every “Doctor” is a Physician. Patients Deserve Transparancy. By Torie Sepah, MD

Recently, a form showed up on my desk to sign, approval for something or other. Not uncommon, given my role at the time as a chief psychiatrist, I signed dozens of such letters, memos, or forms, drafted by an administrative assistant. I signed so many; I never looked at the last line — at how my name had been typed out. Just once my eyes wandered to the end and read: “Torie Sepah, PhD. Chief psychiatrist.”

Well, must be an innocent mistake. The support staff who had drafted this memo was experienced, knowledgeable, and was the liaison between myself and the medical school. Of course, she knows that I’m a physician — she compiled all the credentialing documents for myself and my staff physicians in setting up the medical student rotation. If for nothing else, my name on my door has an MD next to it.

When I pointed out the error to her, to my surprise, she replied that it’s wasn’t a mistake at all. To her knowledge, she understood a psychiatrist as not being a physician, as they were not categorized as medical doctors, but they were called doctors like the psychologists, who had PhDs. The difference was that psychiatrists had special privileges to prescribe medications. Oh and the door sign? That was probably an error, she thought.

Although this seems out of left field, it’s really not. When you consider that within the state system that we worked in, all psychiatrists were categorized as mental health providers or simply as psychiatrists annotated with a “PSY” to differentiate from “psy” which represented the other mental health providers, the psychologists. None of us wore white coats, even in one of our two licensed inpatient units. Our ID tags said “Dr. xx” without any degree or what we were licensed as (not compliant with the 2010 law codified under the California Business and Professional Code, Article 7.5, Sec. 680 (a) requiring license type (“physician”) to appear on health care badges).

In fact, the other physicians were all organized into the medical department and deemed the medical doctors. Their title was “physician and surgeon” to reflect their license (same license as ours). They were universally referred to as the physicians, and we were called the psych docs. This silo may seem benign, except there were other psych docs: the psychologists. Over time, although therapists, their title became clinician and in the EMR it was primary clinician. Somehow, they became more medical as we were distanced from it. As clinicians, they began applying their right under Title 22 of the California Health Code to admit independently to inpatient psychiatric units. In some cases, nobody knew who was who. Nurses would ask the doctor who admitted a patient for diet orders, and the psychologist would comply, not knowing that those orders were actually medical orders and for the psychiatrist to enter.

The bottom line is that within this system, a silo existed separating medical and mental health and psychiatrists who truly bridge both of those worlds, were lumped into the non-medical one. This ultimately allowed for the ambiguity inherent in the common sounding titles of psychiatrists and psychologists, and the lackadaisical use of “doctor” to lower the psychiatrists to a non-physician status while elevating the therapists to a medical one: clinicians. Hence, psychiatrists can be viewed outside of the breadth of their medical training, as a special form of a mental health provider similar to psychologists, with the exception of being able to prescribe medications.

While it’s easy to blame big systems for creating these silos which have made it more affordable to provide care to the mentally ill (mental health providers cost less than psychiatrists; these include advanced nurse practitioners), the rhetorical we as psychiatrists need to accept some of the blame.

Psychiatry carries the burden of being known as the specialty chosen by those who didn’t want to be real physicians. Many medical schools haven’t helped dissuade this notion — at least mine didn’t — which is why I chose a different specialty initially, then entered psychiatry residency as a PGY-2 when I realized I could be a physician and a psychiatrist concurrently.

For many years it was an unpopular specialty that suffered from the lesser physician label. In some systems, this is quite ingrained. Physical exam upon admission to psychiatric hospital? I’ve heard: “Oh no, I’m a psychiatrist. I don’t touch the patient.” So do you refer for cog-wheeling? Where does one draw the line? At what point will we have allowed ourselves to be seen as therapists who can prescribe?

In the current climate of rapidly changing laws and demand for care, the notion that we’re not really physicians has likely helped set the stage for the nonsensical scope expansion laws enacted and currently proposed. If we’re doctors-light, then surely the other psych doctors (psychologists) can be brought up to speed to fill in for us in a pinch. How else could five states pass laws allowing talk therapists to prescribe psychotropics?

Fortunately, the tide is changing, thanks in part to strong academic departments and public hospital systems that have brought some of the silos down separating psychiatry from the rest of medicine, allowing greater exposure to psychiatry for medical students, who are entering the specialty more and more (psychiatry had a 99.7 percent match rate in the 2017 NRMP, even after adding 130 new positions).

But, we need to do more. We need to reclaim our status as physicians, and not just settle for being called the psych doc (I identify myself as a physician psychiatrist, and I do wear a white coat because it has utility in my work environments).

We also need to look beyond our own specialty, and identify with other physicians as a whole. After all, the proponents and authors of these bills are simply nurse practitioners and psychologists. In kind, as formidable advocates for the practice of medicine, it makes sense for us to identify as what we are fundamentally: physicians. Originally published on KevinMd.com on FEBRUARY 28, 2018
https://www.kevinmd.com/blog/2018/02/psychiatrists-became-lesser-physicians.html
#knowyourdoctor #toriesepahmd #cdcr #psychiatristsarephysicians #torangsepahmd #goldingreport #transparancyinhealthcareidentification #differencebetweenpsychiatristandpsychologist #isapsychiatristaphysician #toriesepahmd 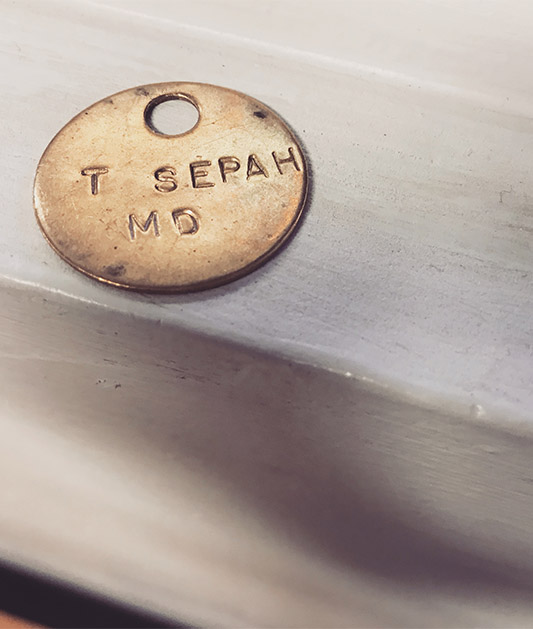